“Every day brings new opportunities to improve. Many of us rest on our laurels or past achievements, yesterday’s man is soon forgotten.” Oliver 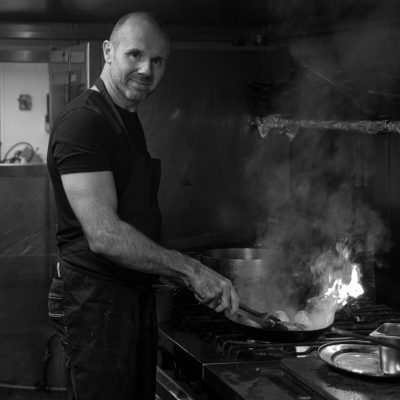 Oliver Dunne is a Michelin Star Chef and one of Ireland’s most progressive chef/restaurateurs. During his career, Oliver has worked in some of the world’s best restaurants under multi Michelin acclaimed chefs such as Gary Rhodes, Anthony Demetre, Gordon Ramsay and Shane Osborne.

In 2003 aged 26, Oliver returned to Dublin and opened his first restaurant, the now synonymous Mint restaurant in Ranelagh, Dublin. The restaurant received immediate praise from Ireland’s culinary elite and food journalists and won numerous awards such as Ireland’s Best New Restaurant, Best Irish Chef within the first year of business.

In 2006 a departure from Mint led on to the opening of Restaurant Bon Appetit (BA), Malahide in 2006. BA opened as three separate dining spaces, a Restaurant, Brasserie, and a Tapas bar over three different floors. One year after opening, BA restaurant was awarded one Michelin Star an unprecedented achievement in such a short space of time. Oliver at only 28 was Ireland’s youngest ever Irish chef to win a Michelin star, an accolade that was re-awarded and retained for the following 9 years. Two years after opening, the Brasserie at BA also won a Michelin Bib Gourmand making BA the only restaurant in Europe to have two different Michelin awards simultaneously for both a fine dining and casual dining under one roof.

In 2014 Oliver made the controversial decision to return the Michelin star and move away from fine dining to focus on creating more casual, people-friendly dining experiences.

This new direction was already in motion with the Oliver Dunne Restaurant (ODR) group securing its first hotel F&B contract in the Clarence Hotel Dublin, famously owned by U2 band members Bono and Edge. Within the Clarence Hotel, the ODR group opened Cleaver East restaurant and was an instant success, fully booked months in advance from opening night, and continues to be one of Ireland’s most innovative and progressive restaurants in Ireland.

Since then, the ODR group has expanded and own/operate units in all hospitality sectors; hotels, restaurants, and bars in multiple locations across Ireland.

Oliver is a regular contributor/presenter on various National TV and Radio shows and is an ongoing contributor to numerous print media publications. For all media enquiries contact Niamh.tyndall@nkmanagement.ie